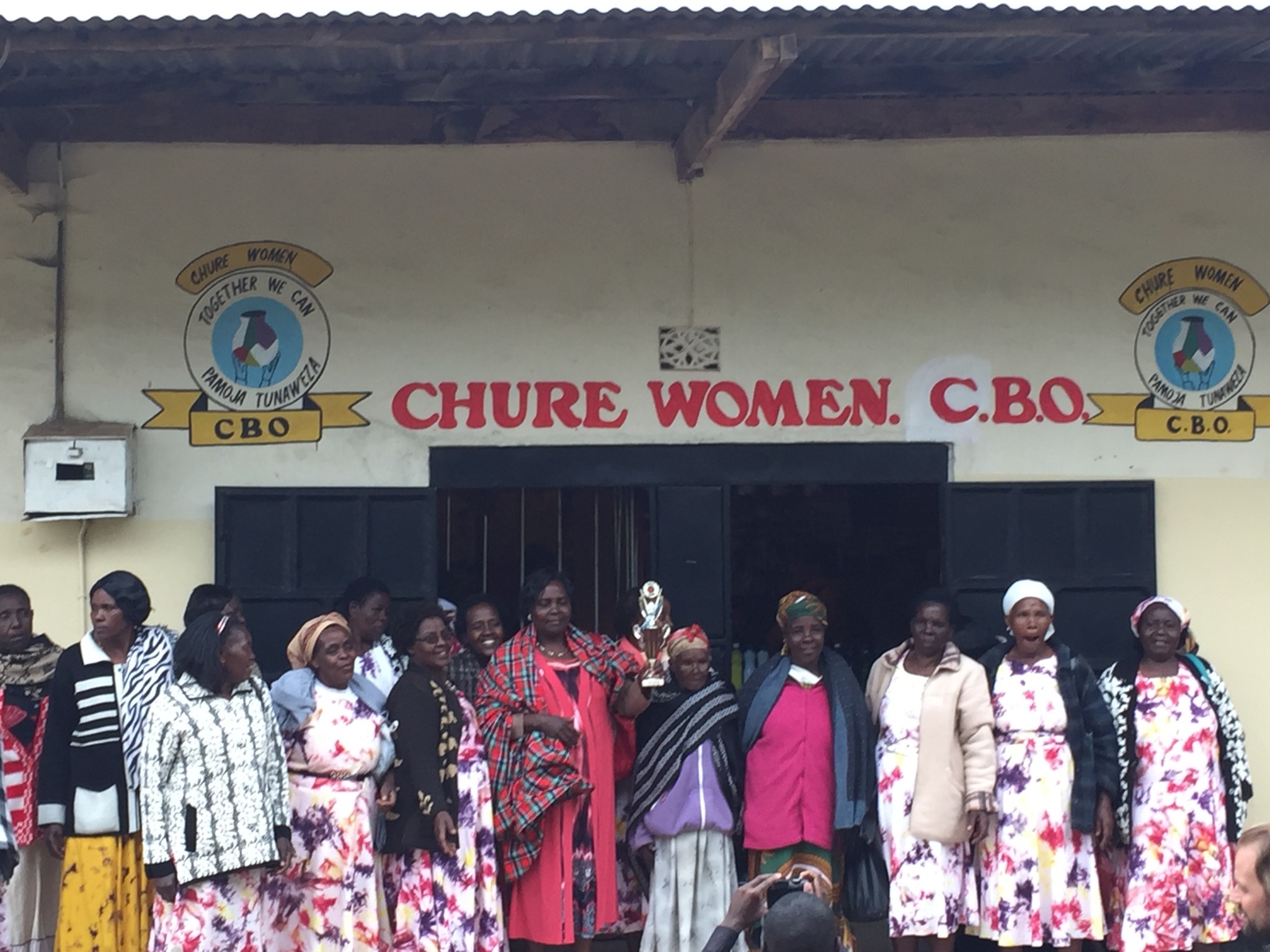 Today we drove to Chogaria to visit Chure Women’s Empowerment Group. We were warmly welcomed with singing and dancing as soon as we pulled up. Chogaria’s Women’s Empowerment Group received an award for Best Community Based Organization in Meru, and our group had the honor to witness the ceremony. The Deputy County Commissioner was there as well, and at first he was very intimidating, but by the end of the ceremony, he was cracking jokes with us. It was such a rewarding feeling watching the trophy be handed to the leader of the Women’s Empowerment Group. As soon as the women were handed the trophy, they began singing and dancing, just as they did when we arrived. These women have so much hope and dedication, and it was truly inspiring to witness their efforts being paid off.

Today in the afternoon we visited the home of the grandmother of one of the children at KACH, Dennis. Even though we were complete strangers, and it was a primitive home, we were welcomed with friendly smiles. Dennis’ grandmother, Ella, showed us around her farm and told us about the different crops she grows on...

SStS Kenya: 2016 gathered in Houston, the gateway city, to begin the first steps of becoming a team.  It’s a good-looking crew, especially after rounds of UNO and other ice-breakers in an extended stay, waiting for their plane to arrive.  Group orientation continues on flights to London and through to Nairobi. For all of you...

Joy In The Smallest Moments

Hey Mom—we’re all good here, J. And to other parents too, everyone else will write soon. Today, we toured the grounds of IPI. As a part of the tour, we visited one of the family farms, belonging to “Mamma Sophie.” She and her husband began with a look inside their home—followed by a glimpse at...