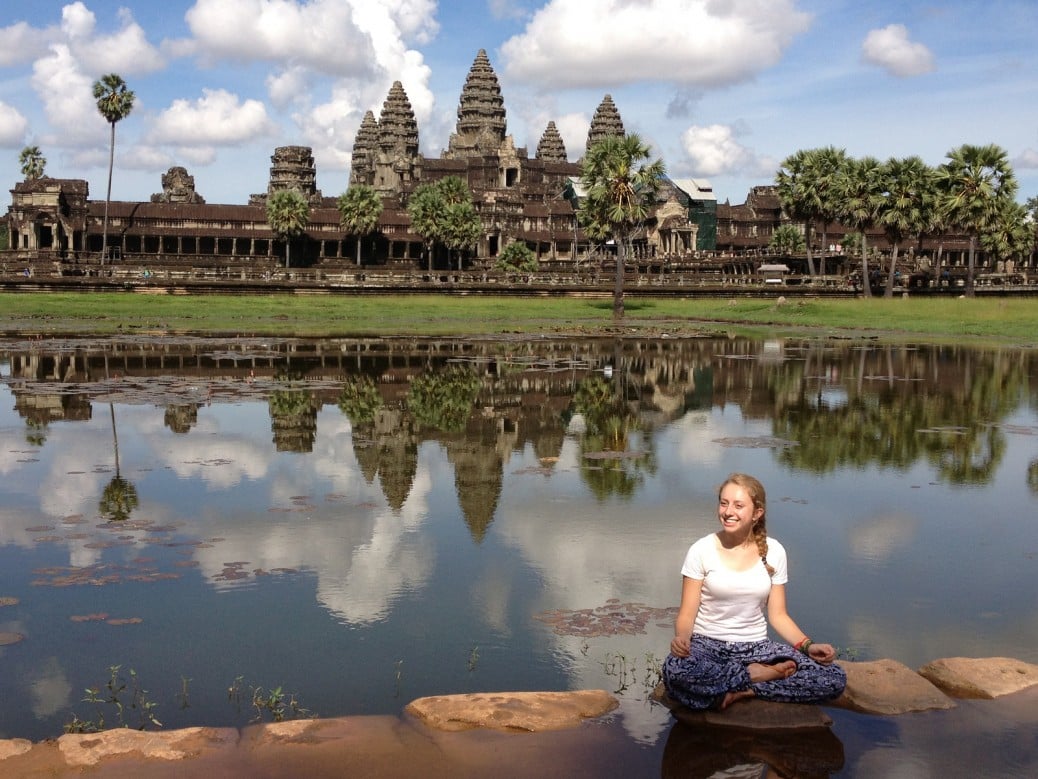 In only two weeks we have had to say many goodbyes. Some of the people we met were only in our lives for a few days, or a few hours, and most we will never see again, yet each one has left an impact on us. Having to say goodbye made me focus on what I learned from each person and how they have inspired me in ways only they can. This gives me hope that maybe I have left an impact on them too.

I will never forget the feeling I had as we drove away in our van after spending time at the Mobile Library in Phnom Penh. The Mobile Library is basically a school van filled with books and volunteers that goes to various parts of the city to promote education.  It was started by a man named Bunneang who has always had a passion for education and who has been our guide during these last two days in Phnom Penh. Yesterday and the day before, we spent our afternoons playing with the children who came to the Mobile Library. We would read to them, play games and sing with them, and attempt to teach them English. From the moment we stepped out of the van they adored us. This feeling only grew stronger when we started giving them piggy-back rides around the yard. We got to know each one of them as individuals and thoroughly enjoyed our time there. At the end of the last afternoon, we began to say our goodbyes. We exchanged contact information with some of the volunteers that we met and promised to stay in touch. As we started to leave, the children brought flowers, which they proceeded to liberally decorate us with. As is rare in Cambodian culture, they ran around hugging us all again and again. Eventually, we were shooed into the van, the door closed, and we pulled away with our little friends running after it and waving vigorously. That colorfully bittersweet moment will always be engrained in my memory.

The saddest goodbye we have had to say was with Tola, our beloved guide from CRDT. He won us over right away when we met him at the airport. He introduced us to Cambodian culture, language, and foods. He went with us to the island of Koh Preah, where we could not have survived without him. We spent hours laughing with him over cheesy jokes. He became a deeply treasured friend in only two weeks. The last day in Kratie (the location of CRDT’s headquarters and Tola’s home) we were overjoyed when he decided to extend his time with us for a few hours and accompany us to Phnom Penh. When we finally reached the city, we gathered around Tola to give him hugs and the notes we’d written. I think many of us shed real tears when he was really gone. Our course would not have been the same without Tola, and I will always remember him as a great friend.

Goodbyes are not easy to say; however, they teach you to appreciate the relationships that you have created.