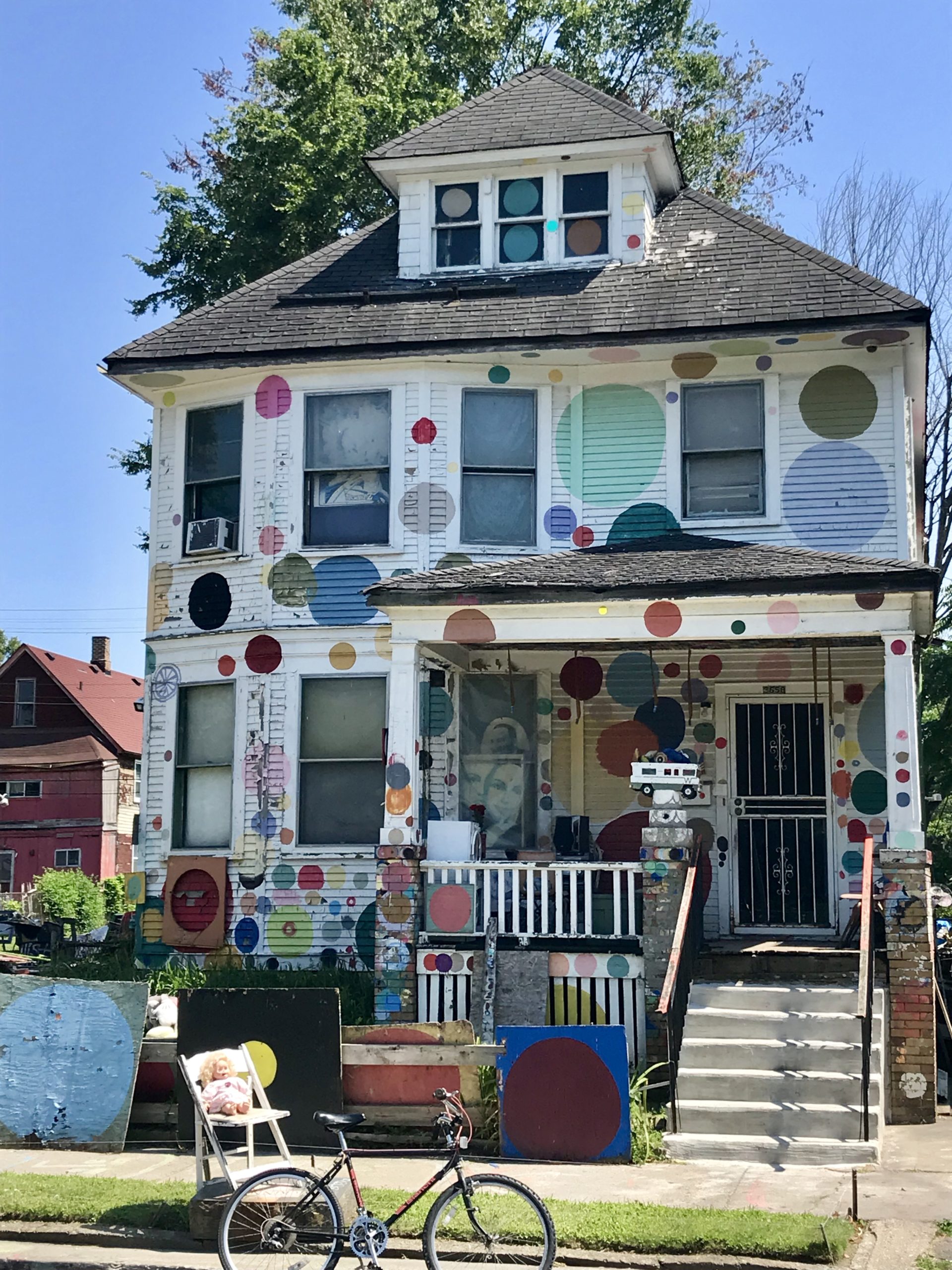 We spent most of the day working with Focus: HOPE.  We started out by touring some of the facilities. We saw a school and walked into the gym where they were teaching some kids a song. We watched them dance and sing for a little while and it filled me with so much hope for these kids and for the city of Detroit in general. After touring some of the other facilities like the grocery store and the job training facilities, we began our work in the warehouse. We worked to prepare food boxes that they would deliver to some senior citizens. We “worked the line” alongside another group of high school kids from South Dakota by taping together boxes and filling them with juices, beans, chili, canned fruits and so much more. We made nearly 1,000 boxes in 2 hours!!

We got back to work after lunch and some power naps in the park and began unwrapping boxes of food. We would take them out of the plastic wrappings or take off the lids of boxes and then move the unwrapped ones to a different palette so they can be ready to be put into outgoing boxes.
We finished our work and decided to treat ourselves to some delicious ice cream from Buck’s Igloo. Near the ice cream shop, we visited an international market and got some ingredients for dinner. We then returned to the hostel to eat dinner and have some downtime before we went to a Detroit City FC soccer game. The fans were crazy. They never stopped cheering and never sat down. They were so full of energy and it made the game so much fun, especially when they won and beat the Venezia team 2-0.

Today, I felt like the energy overall was very hopeful and exciting. When we were working, we felt accomplished and personally I felt so proud of our group and the hard work and labor that we did. When we saw the kids singing and dancing and so cheery at 9 am, I was so filled with joy and inspiration. Finally, at the soccer game, seeing all the fans jumping and chanting and screaming for the full 90-minute game, it made me love this city even more. The people are very proud and they love their city, and I could tell just from being around them.
By: Chloe

Today we woke up at around 7:00 and got ready for a day of hard work, but lots of fun. We walked outside to find that Maribeth had made us delicious scrambled eggs, rice and beans, and of course accompanied by Costa Rica’s famous Lizano sauce. We took a short bus ride to Coyote where...

Tashidale everyone! That’s Sherpa for greetings! I am so glad I have another opportunity to post a blog today. I want to share with everyone how much progress we have made and what we have been doing for the community here in Salleri. We are building the first women’s hostel here in the Everest region...

All of the SStS girls and I would agree that the relationships that we have formed with the Hope Girls over the past fourteen days have really taken us by surprise. Fourteen days does not sound like a long time, but when we had our closing ceremony yesterday there was not a dry eye in...