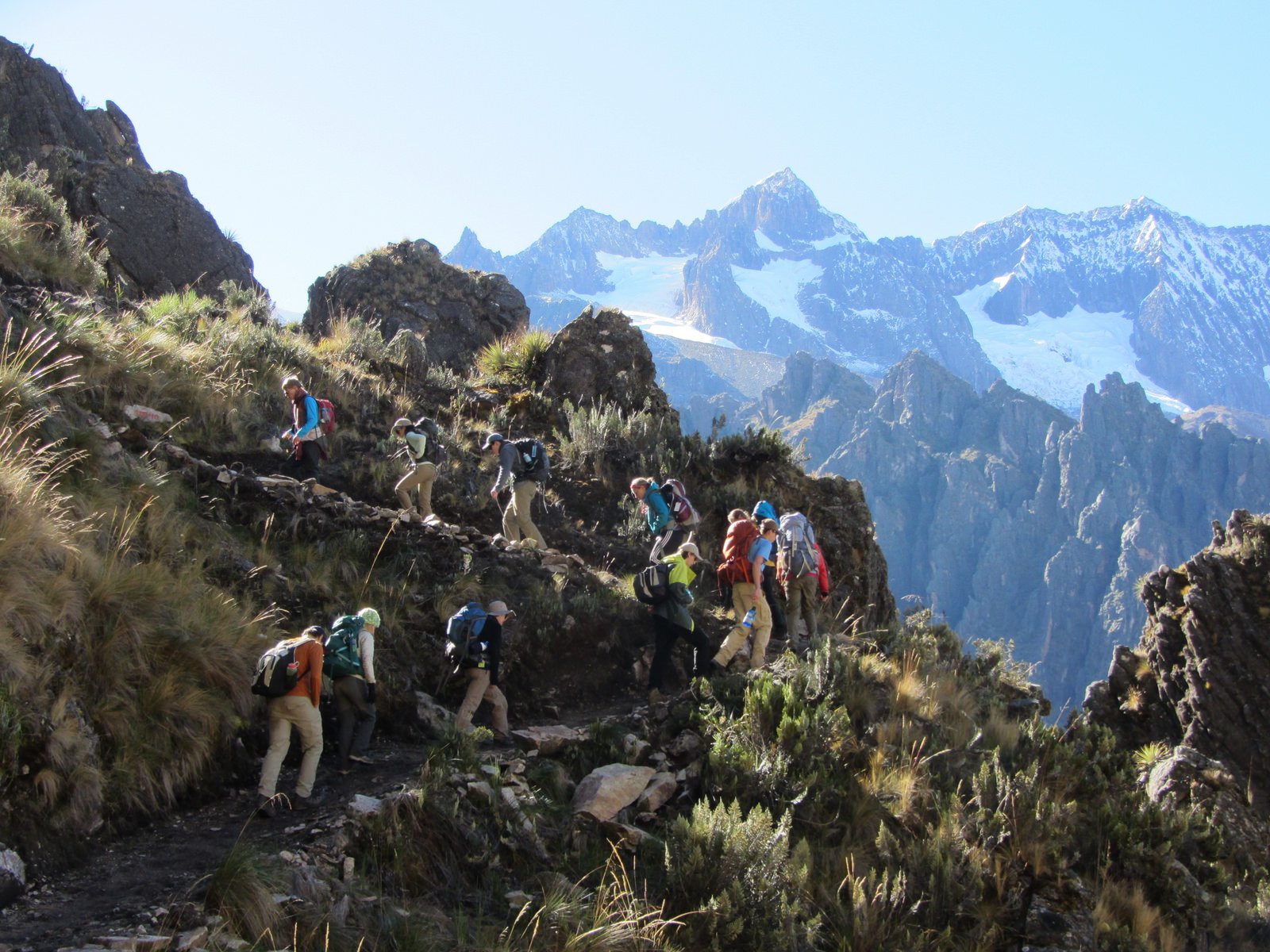 We started today early this morning with our typical breakfast of bread, butter, eggs, cheese, assorted teas and papaya juice. After helping to clean up we returned to our room to finish packing up our bags. Once the bags were packed we headed to the Museo Historico Regional where we got to see illustrations of what our guide Pedro was talking about yesterday. The use of both words and pictures really helped our group  understand some of Peru’s history. As we left the Museo we got our bags to get in the van with our driver Manuel. After making sure everyone had a seat belt, we were off. As we drove into the mighty mountains we all relaxed to the familiar sounds of the Beatles as we watched the big, bold and untamed mountains pass us by. Our first stop was in Urubamba at a snack place called “Franks.” We all stocked up on snacks like dried fruit and special corn nuts. We got back in the van and stopped outside the gates of Munaychay. We had made it and couldn’t be more excited about it. After months of waiting and writing preparation blog posts we had finally made it.

We unloaded the van and walked up to our house “Casa Ocho”. Rooms were decided and bags were unpacked. We walked down to Casa Redonda to have an orientation with some of the German volunteers who later gave us a tour. A highlight of the tour was Santa Rosa, the agricultural center we would be working in. We got to see much of the progress that had been made, but also how much more needed to be done. Excitement overtook our group as we knew that it was time to start making a difference. As we headed up to Casa Ocho around four we noticed that the sun was already behind the high peaks that surrounded us. The group put on more layers to combat the chill. We headed down to the soccer field hoping to find some kids. There were roughly four of them and nine or ten of us, and they said that they wanted to play us. These boys found there way around us no problem and were beating us. They called in more kids to make a more even match even though they were still crushing us. Elisabeth fired one into the bottom right corner to start us off with a beautiful goal. The game became quicker, and we started to build relationships with kids regardless of the language barrier many people in our group face. Stealing the ball was typically followed by laughter, and everyone was having fun. The ball became less and less visible as the sun completely disappeared and we knew the game was almost over. At the point when we couldn’t see our own team, we knew it was time for dinner.

We walked up the hill quietly with the feeling of defeat that was quickly forgotten when hot soup was served. What an exciting day it has been; we can’t wait to wake up tomorrow morning and get to work. After our nightly meeting we got a bunch of blankets and laid under the stars and admired the beautiful place we are in right now. The group shared meaningful conversations, and a few group songs and off to sleep we went. Don’t worry parents we went back inside and we were all very warm. As I write this I feel very thankful to be around so many dedicated, selfless, tenacious happy people in this magical place. Buenas noches!

Students had the chance to meet with and work alongside the Executive Director of Give and Surf, Neil Christiansen. Look out for more student posts coming this week and follow along with our pictures and video each day on Instagram @studentsshouldertoshoulder

The travel journal will be the place for students to share their experiences while traveling. Once the students are on-site, they are asked to post reflections, observations, pictures, stories, poems, and more. Our whole community appreciates the opportunity to be part of the group’s adventure, and as the course comes to an end, each group...

Today was our last day at San Cristóbal. Two of our leaders let us have a last hurrah with the kids. They provided us with a piñata. The second we got off the boat with the piñata all of the kids started rushing to the community center. It was a really special moment being able...