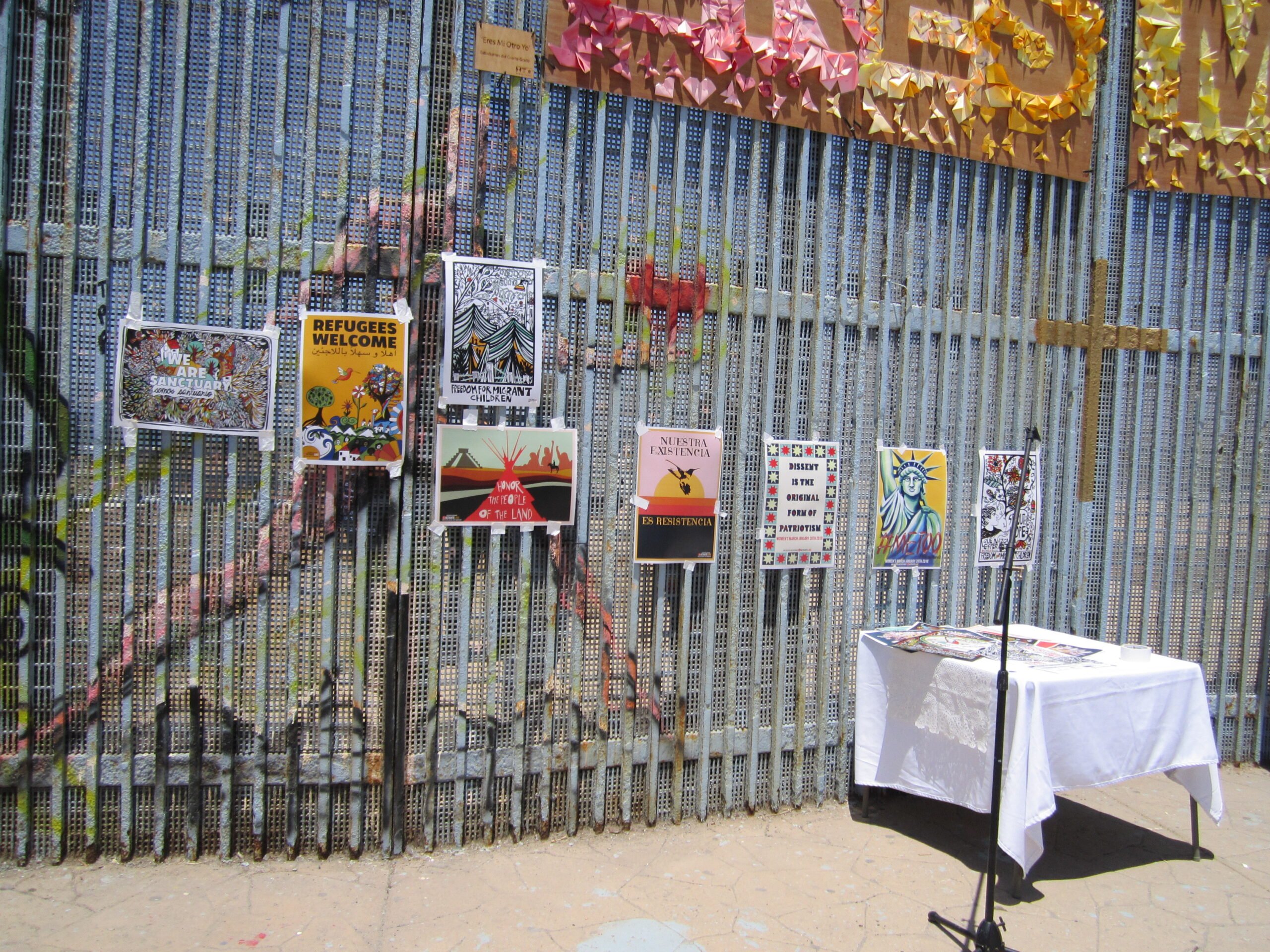 Hi all, today we embarked on an expedition to explore the border wall as close as we could, sometimes getting within 15 feet of the fence itself. On our trek towards Friendship Park, a place where families on both sides of the border can meet, we met with two of our guides, Alex Gomez and Hugo. Hugo is an activist who works to raise awareness around the issues of the border by recounting real-world experiences. For example, he talked about the time where he was nearly killed while trying to set up a water drop for migrants attempting to flee from Mexico through the desert. We also had a very powerful experience while on the beach attached to friendship park. Hugo was telling us about how when someone crosses the border illegally they get apprehended by Customs and Border Patrol and brought to a station. As he was describing the process, a CBP SUV sped down the beach to intercept a man who had just crossed the border minutes before we had arrived. It was very sad to see how the CBP officers treated this man who was just trying to survive. It was eye-opening in the sense that we witnessed firsthand what actually happens and not just what the news tells us. All of us are still struggling with some sort of jet lag but that has not stopped us from learning as much as we can and we will continue to do so as the days go by.

What It Means to Connect

Throughout this one day, I feel like the group has accomplished its entire mission here as Students Shoulder-to-Shoulder. We have all creating lasting bonds with the people here, halfway across the world, despite the language barrier, and despite our very different backgrounds. I think I’ve really learned what it means to connect with someone with...

Up In The Hill

Today we started off with a very adventurous morning that consisted of a jungle hike to Up In The Hill. We learned a lot of interesting facts about Javier and Jeanettes farm including that bamboo grows about 1 foot a day and that pineapple grows in bushes! After learning about how the owners created their...

From Dawn to Dusk

Today couldn’t have started and ended any better than it did. From potting plants at dawn to dining until 8 o’clock, we enjoyed ourselves. The day began with waking up early to complete some work as usual. Teamwork would be the keyword to use to describe this morning. The hot sun could not stop our...