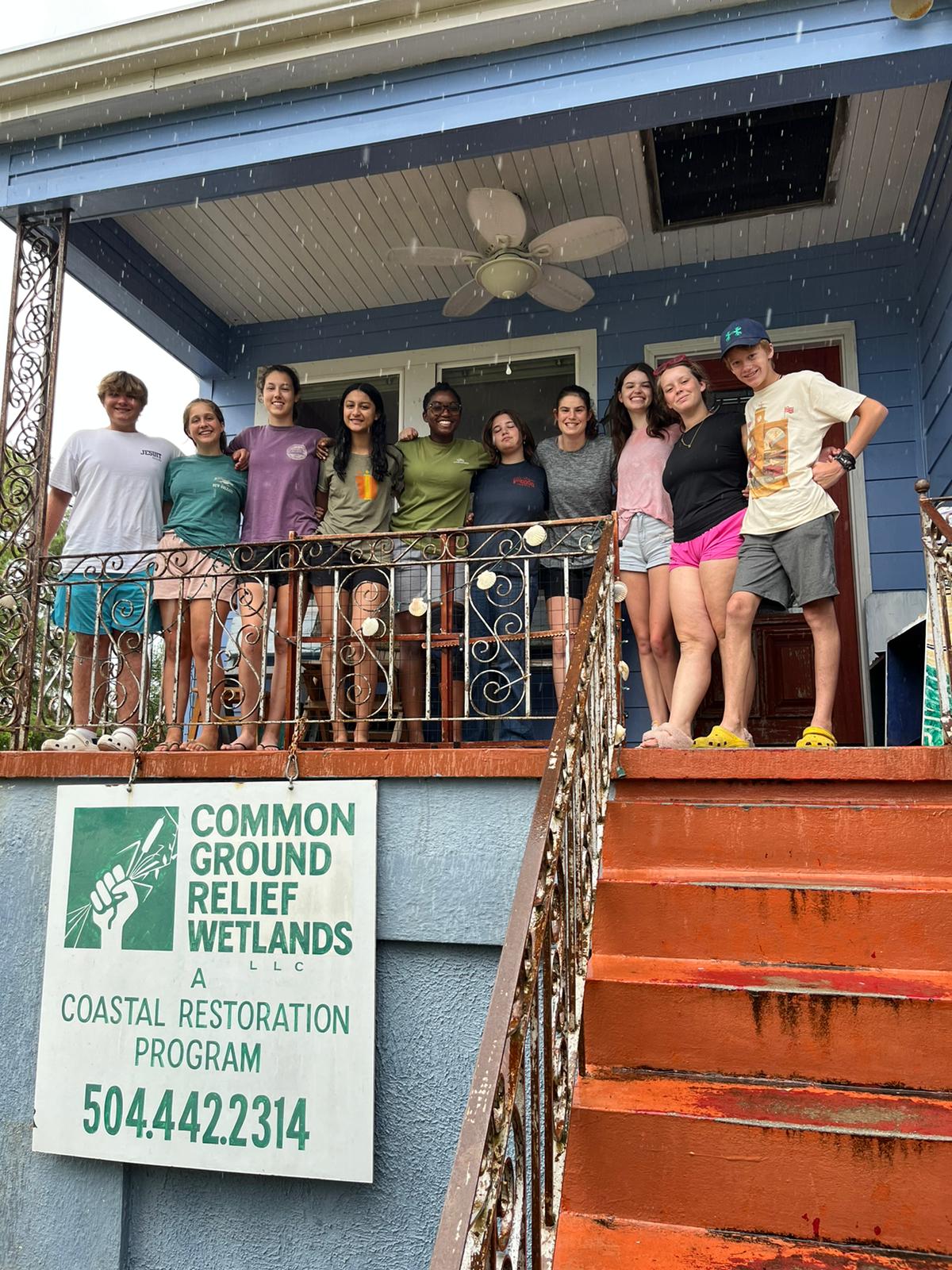 We have had quite the two days. On Friday morning, we took a much needed rest from our four days of hard work. Elizabeth made pancakes and we stayed inside to shelter from the rain. We had a morning discussion on some of our hardships throughout the week, as well as played some intense games of Connect 4. In the afternoon we went on a tour of the Lower Ninth Ward, where we saw a local marsh, the Mississippi, and the wall breach. We took a rest and then got ready for dinner in the French Quarter. We went to a restaurant and then followed it up with some shopping near Jackson Square. We went to many cool local stores, including a VooDoo shop in which we gave an offering. Patrick then ran into a sign (Bad Voodoo). After our long day we went home and went to bed. 😜😋🤪😂🥳😛🤠

Today we woke early and had some leftover pancakes for breakfast. We spent the morning at an urban farm harvesting figs, mowing, and weeding. We went home and changed before we went out to lunch at a place called The Kitchen Table. We had some rest time and then came together for some wrap up closing discussion around our entire course and all the work we have done. After we split up into groups to work on our report for 1% For The Planet, and clean the house before departure. We ended by having a nice meal made by Riley and dressing up for fun. After our long two days, we’ll some sleep before our early departure tomorrow. We will miss New Orleans and the Lower Ninth Ward. 😝😀😁🤠🤭🤗🥺😍

The travel journal will be the place for students to share their experiences while traveling. Once the students are on-site, they are asked to post reflections, observations, pictures, stories, poems, and more. Our whole community appreciates the opportunity to be part of the group’s adventure, and as the course comes to an end, each group...

A continuation of the handwritten journal.