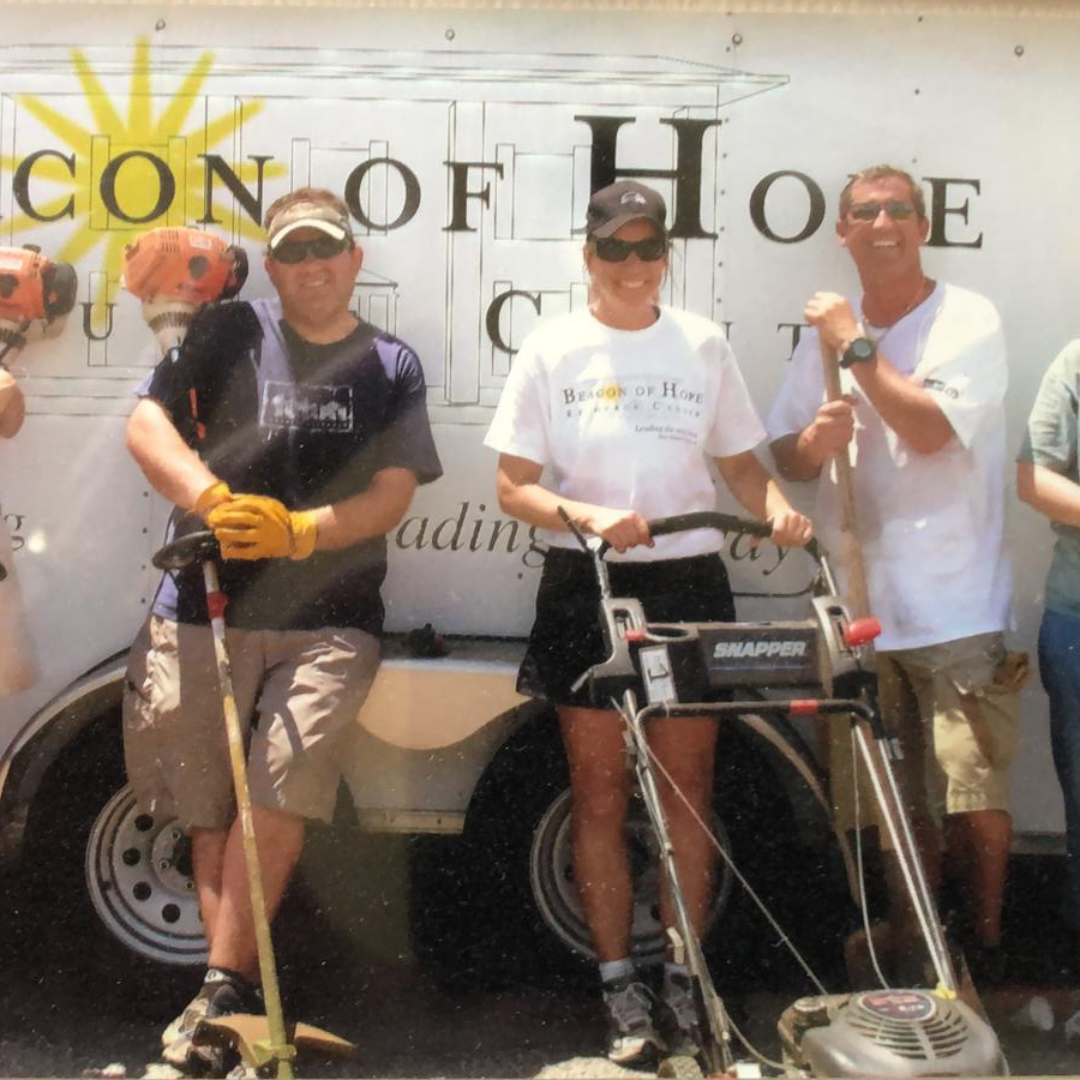 Executive Director and founder Bob Bandoni explains that when the program began at Vail Mountain School in 2007, Mark was the one who first realized its potential outside of the school. “He asked the question, had I ever thought of changing careers, which really then kept me up for a number of nights.” It was Mark’s vision and generosity that inspired Bob to grow the program that would eventually become known as Shoulder-to-Shoulder.

“Without that conversation, and without Mark asking me those questions and his generosity, I’m not quite sure Shoulder-to-Shoulder would have actually ever evolved.”

Mark attended an early program in New Orleans and was inspired by the education and experience that the students received. “They learned about the geography, politics, and financial impact. Obviously New Orleans had a lot of stuff going on there after hurricane Katrina.”

He was so moved by the experience that he knew he had to become more involved. And that’s what drove him to first meet with Bob about growing the program into something larger.

“I just saw a transformation and I thought, wow, this is something. We need to make this thing continue and try to make it sustainable.”

Mark, who has been an entrepreneur for most of his life, brought a keen business mind to the operation that allowed Shoulder-to-Shoulder to expand. But more importantly, he brought energy and enthusiasm to the original vision. And he continues to inspire those at Shoulder-to-Shoulder with a bold vision for growth and sustainability.

When asked about his vision for the future, Mark chuckled and said, “We need about 20,000 kids a year going through this thing. The President of The United States should be a Shoulder-to-Shoulder graduate. People in the cabinet, all senators, and all congressmen should have to graduate from Shoulder-to-Shoulder.”

It isn’t just Mark who brings the energy to Shoulder-to-Shoulder though, he also draws from the well of inspiration. Mark is inspired daily by the students and their experiences.

“It’s just refreshing to hear these kids’ ideas. They ask the questions that we all want to ask but are embarrassed to ask. To see it through their eyes is refreshing. They come up with some wonderful ideas that you might not have even considered.”

The Power of Communication

IPI’s College Scholars Program Among the poor in Kenya, income and quality of life aren’t much better for those who complete high school compared to those who don’t. To overcome poverty, further education is needed after high school in order to obtain vocational skills or professional credentials. The IPI College Scholars Program (ICSP) supports promising candidates...

Our Teachers Are Our First Ethical Leaders

There is no social institution further upstream of all our challenges than schools.  Pause for a moment during these opening days, and you will see in our schools the entirety of our next generation, all in various stages of preparation to participate, even to lead, our democracy, our world.    How this next generation will...

Shoulder-to-Shoulder is a community of partners working together to inspire and support ethical leadership. In this podcast series, we will be sharing inspirational stories from the people that make up this community.   Listen On: Spotify | Google | Apple