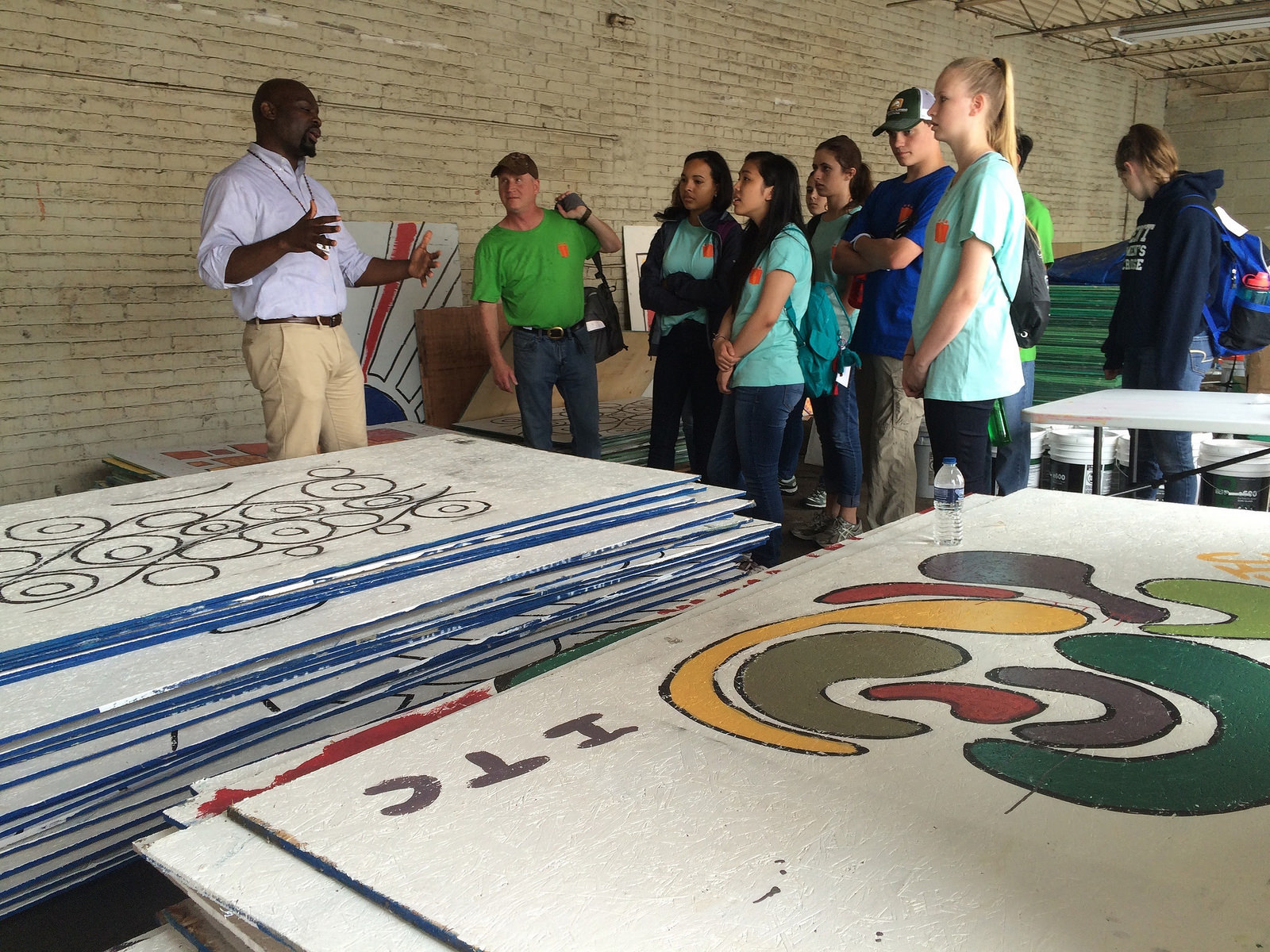 Detroit impacted me in multiple ways, both in physically and mentally. The biggest way I was impacted was probably, how my appreciation of everything changed. And when I say everything, I mean everything especially the little things in life we don’t notice and perhaps even take for granted. For example, I have the luxury of being able to have a place I call home and I don’t ever have to worry about when my next meal will be, as some people sadly must experience. I have clothes to wear things to entertain me as well as even having the opportunity to go on this course in the first place.

Another thing I was lucky enough to experience was the day-to-day dedication of not only the people working to help the city but the people of Detroit themselves. It seemed like I was in in Detroit working for a long time when in reality, we were only there for a week, but I had worked with some volunteers who said they had been working there for decades. It was one of those “wow” moments. I was tired after doing a day’s work, but the man I was helping had once again been working there for years, and it really just clicked in my head at that moment the kind of passion these workers have.

This course made me aware of all the false stereotypes the city had. I feel like basically ninety-five percent of the people I talked to were friendly and inviting but the other five percent is what’s giving the city its reputation. That is just not fair nor is it right for the good people living there who are just fighting to revitalize their town. The course has impacted me to disagree with all the negative comments being made about the place and explain to people what is actually going on.

This course taught me about relationships also, both with my group members and the people we talked to, such as at the church. It was a very interesting experience having to come together with strangers at first and then being able to do good in the community. I think I learned to not be so reserved at times and that little things, such as asking how someone’s day went, can go a long way. I also learned how to make deep meaningful conversation and being able to understand things better in someone else’s perspective, through the group discussions and talking with some of the other group members.

This course also expanded my knowledge of the culture of the city itself. There were several experiences that were particularly interesting that helped with this, such as the Motown Museum. There we learned about the roots of the city and its backstory. My favorite non-working experience was definitely attending the Detroit City FC soccer match. It was just about as crazy as some European soccer matches between much bigger clubs, which is really saying something considering that they are only a semi-pro team. It just goes to show how passionate these people are especially as they support their sports teams, because in a sense it might be considered one of the few things Detroit citizens have.

Detroit affected me as well as the other group members in significant ways and in ways that all of us will remember and hopefully we made a difference. And even if the difference was small, that’s okay, because this course taught me that it’s the small things that count.

More From Past Programs

Though the updates may have seen few and far in between, the incredible experiences on our course since the last update have not been. We continue to stay safe and happy while our eyes are opened to this wonderful country. Since the last update, we’ve visited a private Kenyan university and talked to a peace...

Our Final Day On Our Island Home

Greetings from Cambodia! Instead of all meeting for breakfast in the fish shack as usual, today we ate at our home stays and spent most of our last day on Koh Preah with our families. I don’t know about all of the others, but when Catlin and I awoke to find noodles for breakfast instead...

Before I get started reflecting on the SStS: Detroit course, I want to take this opportunity to look back at what we, the students and instructors, accomplished. What did we really achieve while we were in Detroit? I know we are asked to talk about this and present these findings to our schools and communities...