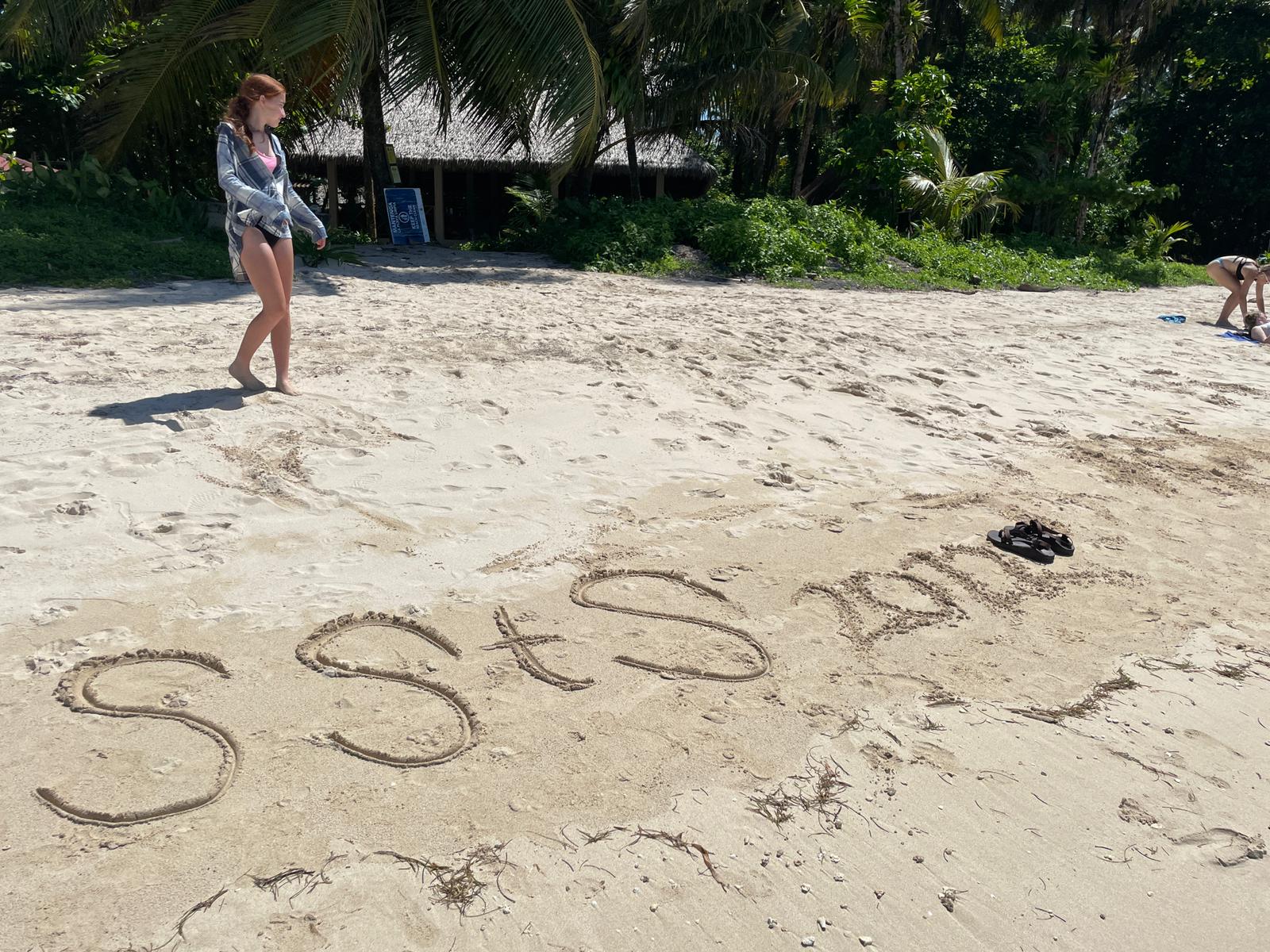 Today was a relaxing day in Panama! We had a beach day that started off with a 45 minute boat ride followed with snorkeling adventure. While in the water, I noticed that the ground I was standing on was all dead coral. This made me realize the dangerous condition our oceans are in. We relocated to Zapatilla Island which is a national park. We swam in the crystal clear water and had a great conversation with Julie about marine ecology. Julie is originally from Costa Rica, and she explained how her aunt and her mother had always taught her to pick up her trash rather than throw it in the ocean. When she moved to Bocas three years ago, she understood that people here weren’t raised like her. We asked her why the coral is dying, and she said it was mostly due to lack of knowledge from locals here about how trash affects the ocean. We responded to this by asking if she thought locals would change if they knew the harm they are causing to our ocean. Her response was really shocking to me and I think many others in the group. She said that to be honest she does not know if it would make a difference. This surprised me because I would have thought that the locals’ proximity to the ocean would drive them to try to protect the ocean. Trying to grapple with this was hard for me since, like Julie, I’ve also been taught to clean up after myself. I really had to take a step back and realize the cultural difference and that we have been exposed to an extremely different situation. Overall, today I learned a lot, and I look forward to continuing to learn.

We started the day planning our lens presentations with our partners, but that was not the true highlight of the day. I know, you can barely believe that, but it’s true. The truly great part of the day came when we headed down to Playa Amarilla to meet up with the Jovenes for our final...

Our Final Night In New Orleans

This week was different and I met a lot of awesome people on this trip. I wish that I had more time in New Orleans to help rebuild the wetlands and have more time with the amazing people that were on this trip. This trip has taught me that life is not easy and that...

When I was younger I would always hear the saying, “Don’t cry because it’s over, smile because it happened,” but I never had many opportunities where this idea was vital to follow. But, tonight, after a day full of questioning government officials, and playing intense games of Wallyball (volleyball played in a smallish room where...