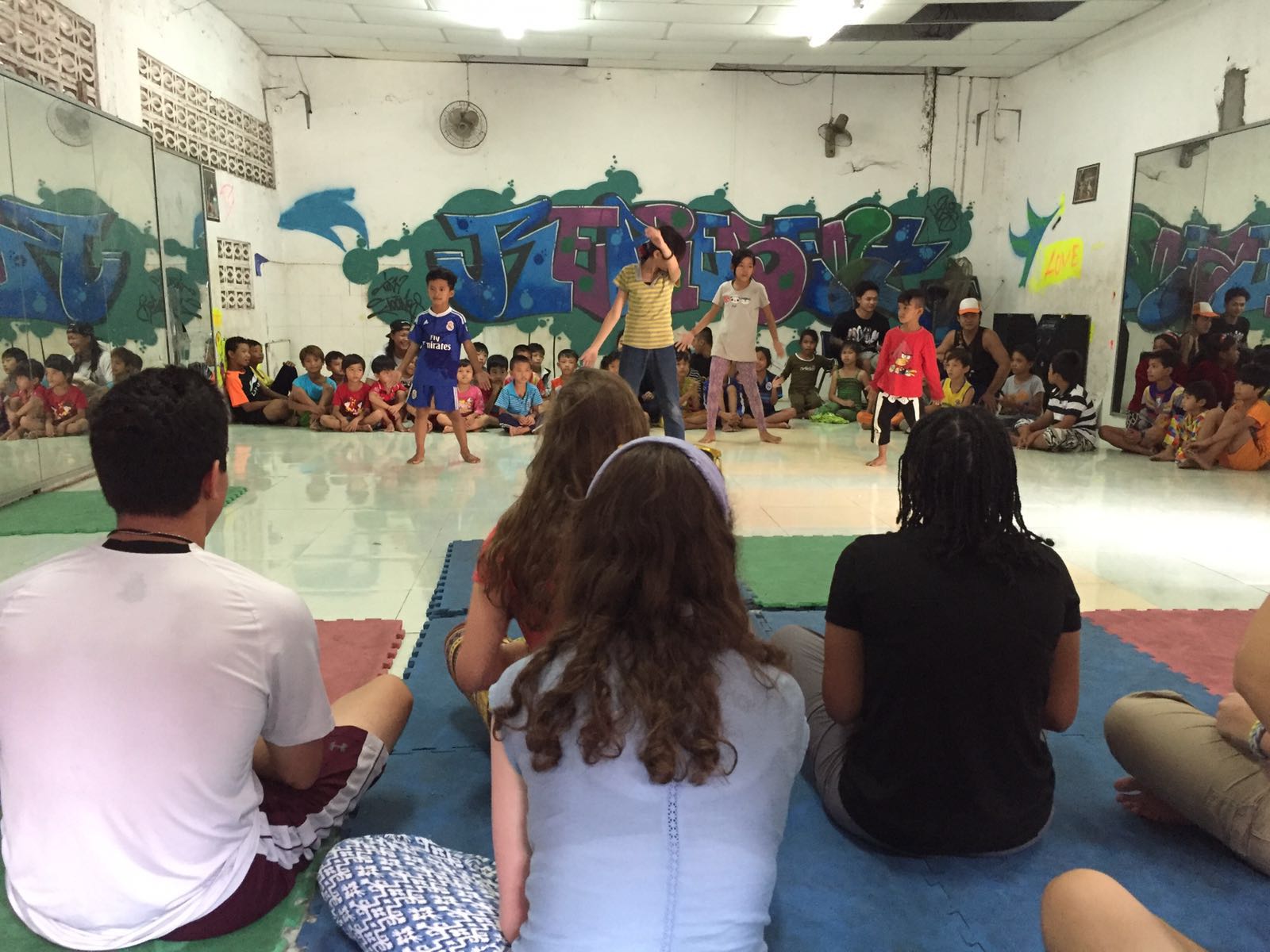 Today our groups had the chance to visit two amazing NGOs: Tiny Toones and PSE. At Tiny Toones, we spoke with Short, the General Manager of the school. He was born in Thailand in a refugee camp after his parents fled from Cambodia and the Khmer Rouge. They were able to resettle in the United States, but after getting in trouble with the law and going to prison, he was sent back to His “home country”‘ Cambodia, even though he’d never actually been there. Instead of wallowing in his sorrow, he kept his head up and stayed positive.  Now he his helping local kids express themselves in dance, graffiti, and music, as well as teaching them literacy and math. Short is an example of how one person with a positive attitude can change the community around him.

After talking to Short, we were able to watch the students break dance.  Little children were doing backflips and spinning around on the ground just like professionals. After their performance we got a dance lesson from one of the teachers. We exited the dance studio with sweat and smiles.

The PSE nonprofit is an organization that was founded after a French couple discovered the plight of children working and eating in the dump in Phnom Penh. From that experience, the couple founded PSE which takes children from dangerous life situations and gives them education, boarding in some cases, and vocational training so they can get jobs after they finish school. They also have a social enterprise which teaches some mothers of the students how to sew and gives them a living wage. again, it is inspiring to see these organizations and see the positive work they are doing.

The World Is One

Yesterday, most of our time was spent making and pouring 15 individual piles of concrete. We had some small breaks between mixing, and it was great to be able to play with the children. We were standing in the field area between the two school buildings. The children...

Today was a great day due to the fact that we were able to go to the Buddhist temple. We were able to participate with the villagers and provide food to the monks there. After this, we were then blessed by the monks. They got a bucket of water and splashed us  all as a...

Dear Cambodia 2016 Crew, It’s about 5:20 AM on our last day in Siem Reap and I couldn’t sleep anymore, so as I lay in bed listening  roosters do battle (there are just as many here as on the island, but the concrete walls keep all but a hint of the sound out — thank...