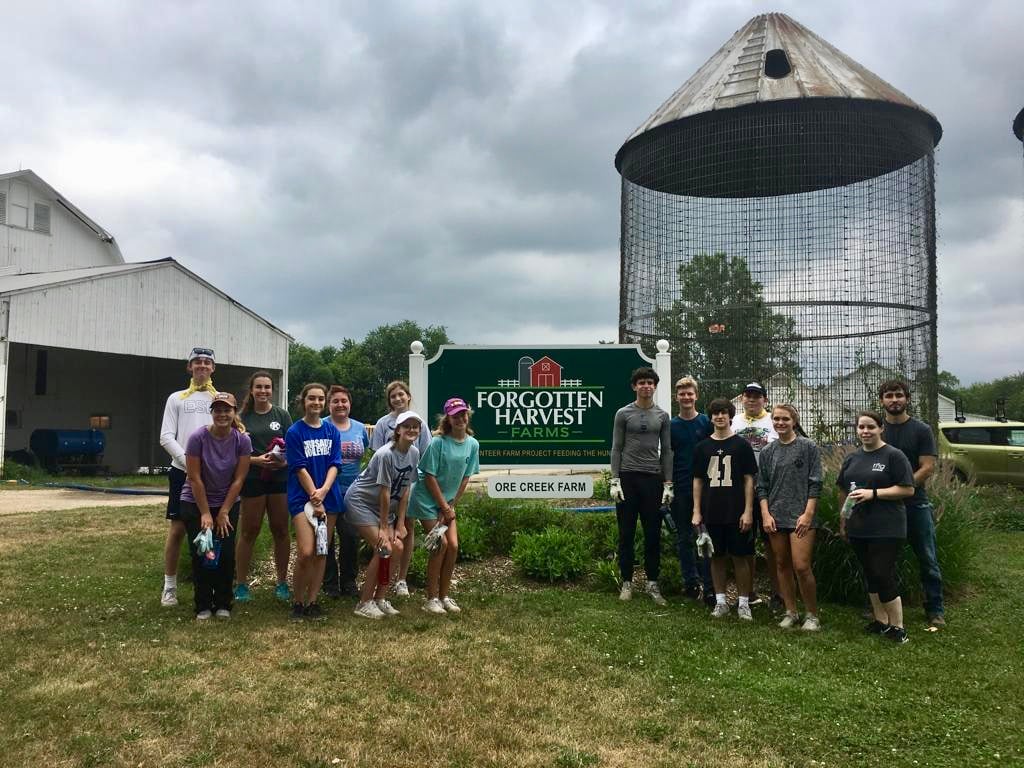 This morning we went to Forgotten Harvest. This is an organization that takes excess food from local grocery stores and delivers them to the people in need. First, we sorted bread, cucumbers, and meat sticks. The bread will go out to local children, who are usually provided lunch by the schools. In the summer, this is not a service that is provided. The cucumbers and meat sticks will be distributed to local food pantries for the community. The set up for the food pantries are similar to local farmers markets.

While we were at Forgotten Harvest we met two amazing community leaders, Leon and Larry. Leon is the Director of Smiles, he greeted and directed us with open arms and never ending patience. He put smiles on all of our faces. Larry is the food sourcing developer and he explained to us how they receive the food and where it goes. He had been working at Forgotten Harvest for thirty years and we could hear the passion in his voice. Overall, we all learned so much from these inspiring people.

For lunch, we went to a local deli with delicious subs and onion rings. While we were eating, we were greeted by an elderly homeless woman. We bought her a sub and had a conversation with her. From afar, it was perceived that she was a disturbance to us. The authorities got involved, but we were impressed with their patience. We had an educational debrief afterward.

Next, we attended the Henry Ford Museum and Rouge Factory. We saw the 2018, F150, during the first week of productions. We watched the process of the assembly line in action at the Rouge Factory along with two innovative videos about the Ford Company and future. At the museum, we got a chance to explore all the different exhibits. We were fortunate enough to sit on the bus on which Rosa Parks famously refused to give up her seat. It was an inspirational experience for the whole group.

Tonight, we attended a local farm to table community gathering. They used locally sourced food to create community gatherings every Thursday night. The food at the gathering was distributed from a mobile air stream. It was a great learning experience, and we had a great time eating and dancing together.

From Dawn to Dusk

Today couldn’t have started and ended any better than it did. From potting plants at dawn to dining until 8 o’clock, we enjoyed ourselves. The day began with waking up early to complete some work as usual. Teamwork would be the keyword to use to describe this morning. The hot sun could not stop our...

Today we worked at Focus: Hope to deliver the packaged boxes we made yesterday along with some corn flakes. But for me (Re: Avery), the surprises and fun started much earlier. I woke up this morning to balloons, some signs, and an awesome card- signed with notes by everyone else in the group. I’m still...

The past few days we’ve had the chance to explore the local sites on Bocas. In the midst of our journey we came upon a man by the name of Polo. An eccentric man, Polo has lived on “Polo beach” for 55 years, aptly named after him. Once a millionaire, he blew all his money...