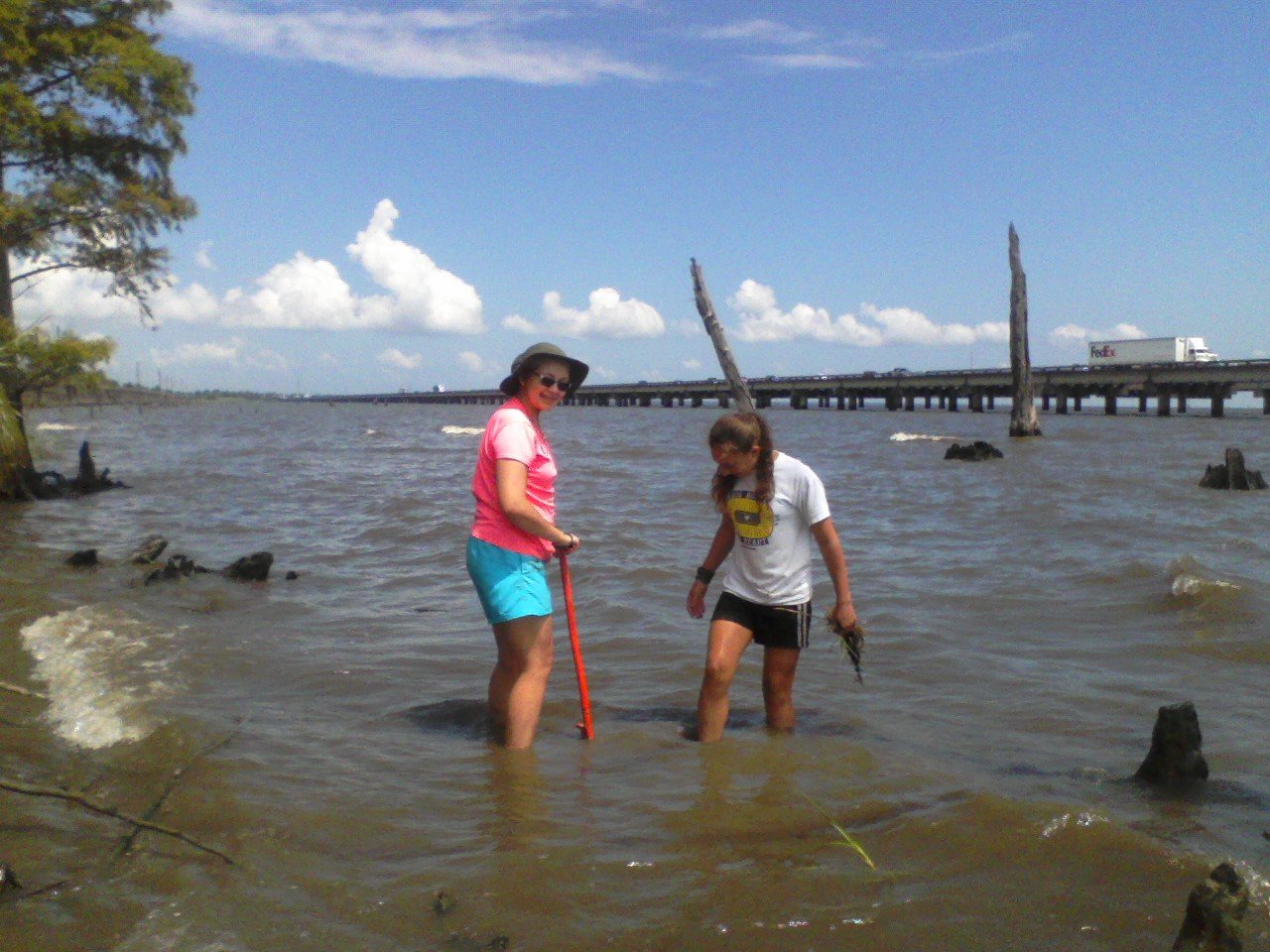 Today we again planted grasses (a different variety) in the lake with the dibble tools. After that, we ate lunch under a bridge and met Rusty, a Park Ranger on Lake Pontchartrain who is a former member of the military. He escorted us to the park visitor center and showed us a video of the Mississippi river and lakes (and construction of the spillway that protects New Orleans).  He brought us to a body of water where we could see alligators.   There were many species of fish in the pools as well.

Rusty worked with us during the day. While we were working, I got a chance to hear a little about his life in the military before becoming a park ranger. He worked at Dow Chemical and then went back to school for a Bachelor’s in fish biology.  Now he works at the Bonnet Carre Spillway that was built in the 1930s.  It is used to prevent flooding in New Orleans. I’m very happy I got to meet him and hear his story. Meeting people who live here in the Gulf is one of my favorite parts of this trip.