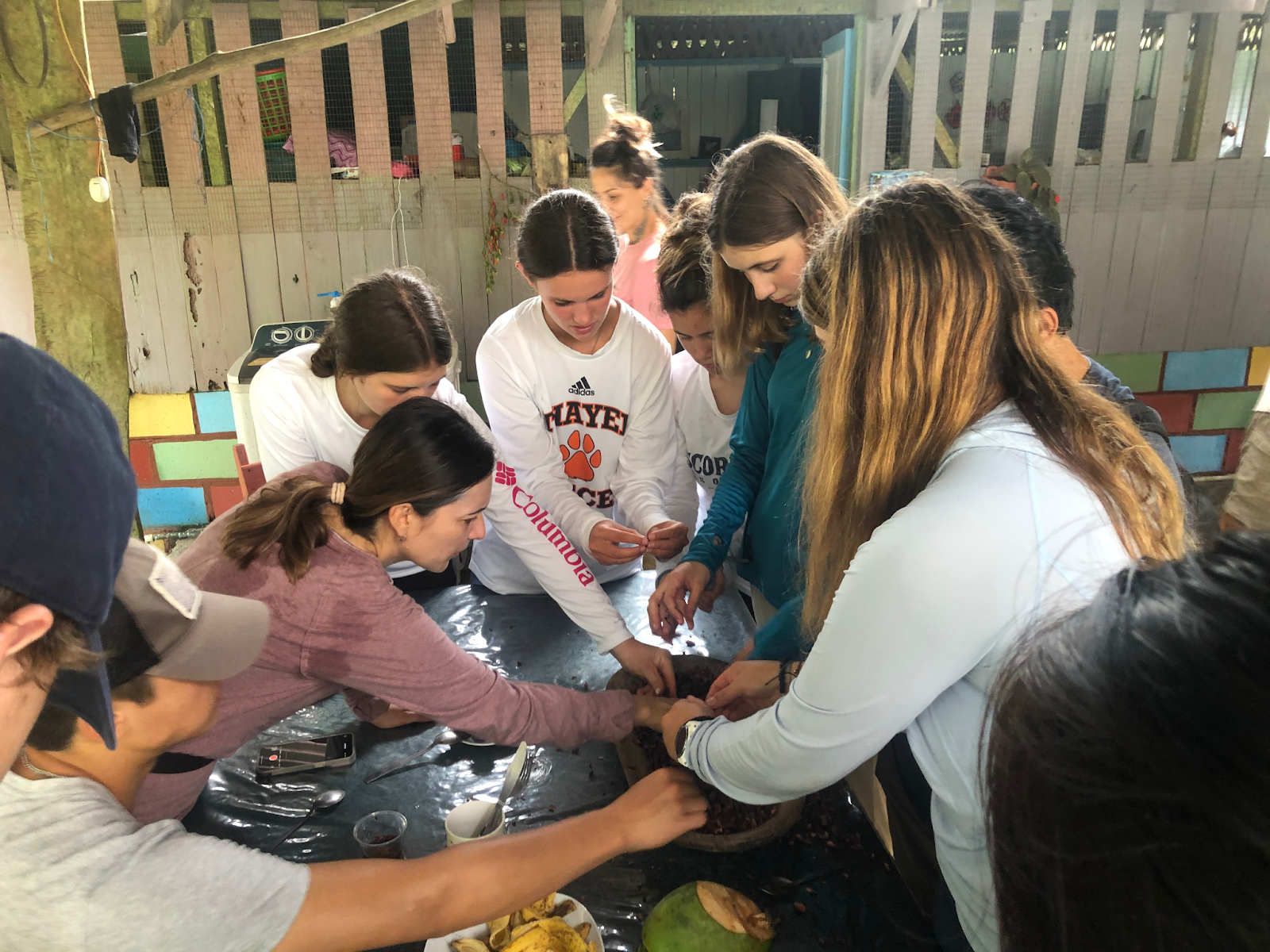 Throughout this day we followed Sandro, one of the local tour guides through an organic farming tour where we learned about how the local people here in Rancho Verde use the environment to survive and consistently make food. Sandro is morally courageous because he took a risk by starting to become eco-friendly. He decided to give up his old life as a hunter to follow what made him happy. Sandro also shared his global view of pesticides and chemicals which are used by people creating a non-organic product, he shared with us that he is very against the use of unnatural methods. Sandro also had a view that anyone can live anywhere they want, they just have to cross their boundaries and become comfortable with the unknown. He was very wise and open to sharing his knowledge about the environment. We also spent some time with Tania who was originally from Spain. Tania was morally courageous because she left her home to be with nature. She left the comfort of Spain because she felt that Costa Rica felt more like home. She also had to become accepted by all the new people and locals in her new home which was very difficult. Another person who we met was Jessica. Jessica is seen as a leader in the town and when we asked her about how she became a leader in a place that she was foreign to and she responded by saying that she doesn’t see herself as a “leader”. Jessica shared leadership because she referred to the community as a team, not just as having one leader. Instead, she called herself a servant to the people which was very humble of her. Overall, we learned a lot on our first full day here and met many interesting people.

We Are All Equals in the Process

When shoveling the irrigation systems at the center, we all had to work together and help each other out. There were no leaders or group members with higher authority, but we all were equals in the process, as Jessica taught us, allows organizations to thrive. It also helped us to understand that everyone working at...

We are thrilled to have arrived in San Jose, Costa Rica and anxiously await our final companion joining us tomorrow.  Travel days are difficult. Even when all goes well, they are long days filled with early mornings or late nights. As several of our group experienced, sometimes you get both. A red eye from the...

The group has arrived, enjoyed a meal together, and is tucking in for a well-earned rest.