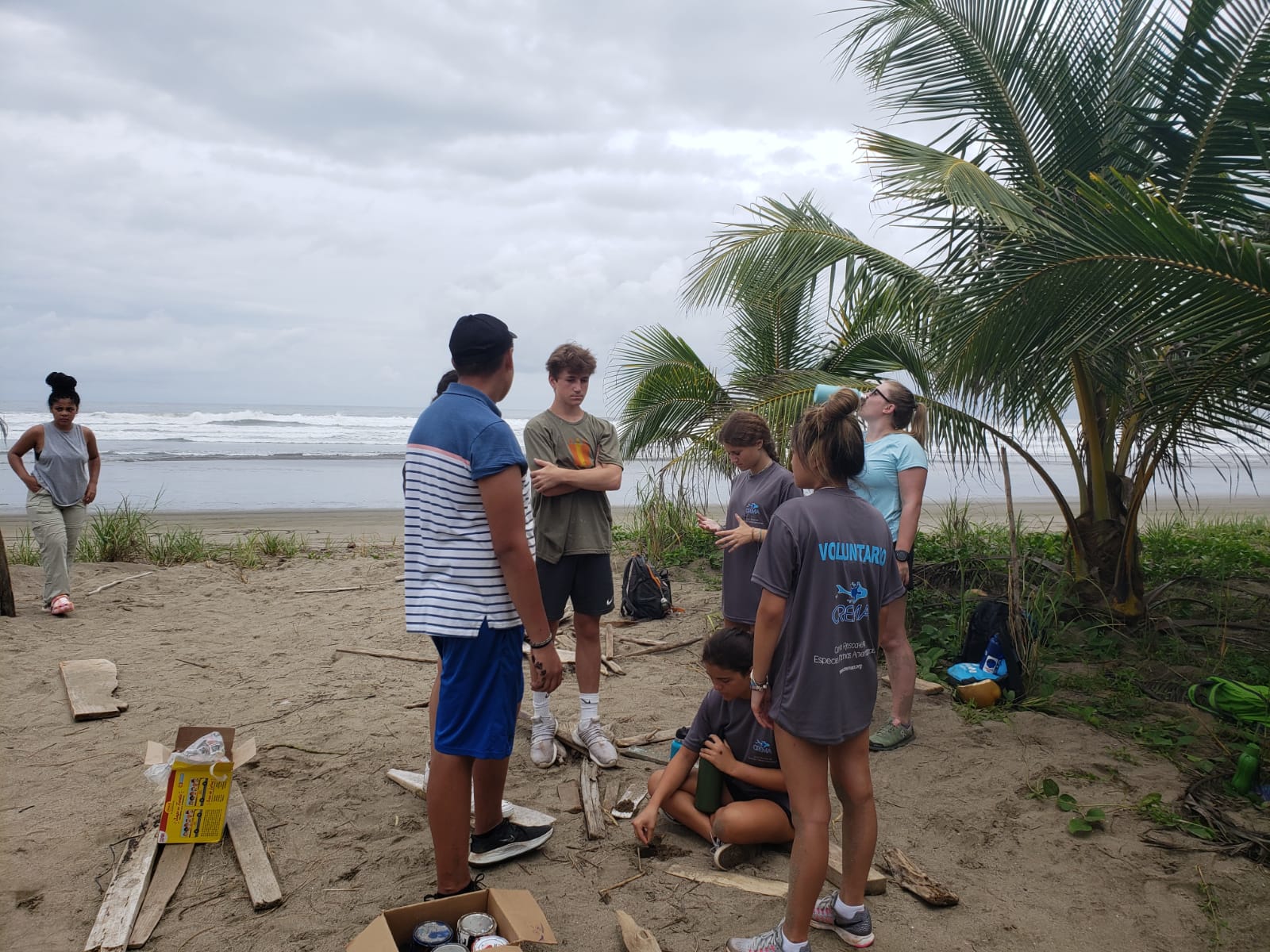 Last night’s turtle patrol was slow. We began by going to the southside, and then took a 15 minute break. Then we went to the northside and took another 15 minute break. We decide to head back early because a thunderous storm was rolling in. We started off the next day with some french toast around 8am. Then we got ready to do some more work at the hatchery in Costa de Oro. We set off around 9am. We split up into two groups. Group 1 (Jesus, Angel, Andrew, Siena, Katie, Elsie, Marc and Pablo) went off to measure, mark, and paint different sectors. Group 2 ( Grace, Taylor, Lindsay, Liv, Sam, Emma, and Tara) began on the second layer of mesh around the hatchery.

After everyone finished their “job” we headed back to the house for lunch. For lunch we had some beef and bean tacos/burritos with some lemonade. Then we took a small 2-hour break. Some people slept, some people played card games and others read. After that we all got ready to go to the Coyote beach (except for Marc because he was sleeping). The waves were pretty aggressive but we all managed to stay afloat. We loved get pummeled by the waves, jumping over the waves, and even diving under them. Then we returned and had some more downtime. We decided to play hide and seek. In my opinion, Liv had the best hiding spot underneath a bench. After one quick round we got ready for dinner. For dinner we had creamy vegetable pasta with some lemonade, but this time it had ice. YUM! Looking forward to tonight’s patrol, and reforestation tomorrow! 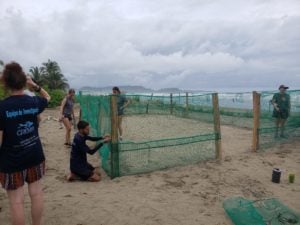 All That We Need

Yunie is my homestay mom and she is 22 years old. Every day she wakes up at 5:30 to make breakfast, wash some clothes and clean the house. She has to cook for all of the family (me, Elena, her husband, Miltito, Julio, Jocelin, and herself) and the meal is usually rice and beans eggs,...

We have only been here in Nepal for about a week and I have already made so many memories that I will cherish forever. While in Kathmandu we toured the Monkey temple and several stupas. We were all blown away by the amount of prayer flags that lined the temples. It has been amazing seeing...

Our Journey to Bocas Del Toro

[vc_row][vc_column][vc_column_text letter_spacing=””]After getting off the shaky, 13-row plane we adventured through the streets to get to our water taxi. It had rained this morning so the streets were flooded with water. We held our bags up as high as we could and tried to avoid splashing each other at 7:30 in the morning. The somewhat...