Dates will be posted in January 2021

We partner with the Tibetan Village Project (TVP) to help promote sustainable development and preserve the rich cultural heritage of Tibet.

The SStS course begins in the southwestern Chinese city of Chengdu. This rapidly expanding industrial hub not only has over 14 million residents, but it also has over 2000 years of history. Guided by our hosts, the group will spend the first days visiting cultural sites, including a panda-breeding center, lively pedestrian streets, and a Tibetan Arts center. Next, the group will drive to the city of Kangding on the Tibetan plateau. At this point, the group will begin to work directly with SStS’s non-profit partner, the Tibetan Village Project (TVP). TVP is an organization dedicated to promoting social entrepreneurship while preserving the rich cultural heritage of Tibet through projects that are locally supported and sustained. The course will expose students to the Tibetan nomadic way of life, teaching them the importance of their community structures, and how the local economy plays into their culture.

Students will visit monasteries, learn from local monks, and go to a nomadic resettlement project. The group will also spend time at local shops to gain a further understanding of the local economy. Then, the group will head to Dora, where they will learn about the preservation of architecture in the region. The next day in Dora, the group will meet with a Tibetan doctor to learn more about Tibetan medicines. Students will also spend time in Yoloshi visiting previous SStS projects to gain an understanding of the impact and work on future improvements to be done. Students will close the learning service aspect of the course by spending time working with nomadic communities in Tibet and living with local families. In addition to directly observing the daily rhythms of this ancient culture, the group will spend time hiking in the magnificent Tibetan landscape. In many ways, the contrasts that the students will experience between life on the Tibetan plateau and in the bustling industrial city of Chengdu will help them to better understand the meaning of leadership and the divergent forces at work in the rapidly changing nation of China.

*This course occurs in western Sichuan Province, not in the Tibetan Autonomous Region, which has been the center of recent unrest. Sihurong is over 1000 miles from Lhasa.

LEARN MORE About Our Partner

Students will focus on learning service with TVP spending time at ongoing TVP projects. This course will allow students to learn about the Tibetan nomadic way of life, teaching them the importance of nomadic community structures, and how the local economy plays into this Tibetan culture.
5

Prior to their travels, students complete a series of online activities (30 minutes each). While traveling, they also read engaging articles, participate in cultural experiences, and create presentations in small groups.
3

Because the group will spend most of their time in relatively remote villages on the Tibetan Plateau, portions of several days will be spent exploring cultural sites and scenic Himalayan grasslands on foot. Students should be physically prepared for lengthy day hikes at high altitude.
4

While at the rural project site, the students will live, in groups, with Tibetan families in traditional homes. While in Chengdu and Kangding, they will stay in simple hotels. A night might also be spent in a monastery.
4

After spending a couple days in Chengdu, the group will spend a day driving to Kangding, which is on the Tibetan Plateau. They will then drive to a few other villages in this area before returning to Chengdu for the final days of the course.
4

The group will spend a majority of the days in small rural towns and villages such as Sihurong, Yolongshi, and Tagong. However, the first and last days of the course are spent in the city of Chengdu, which has over 14 million residents. 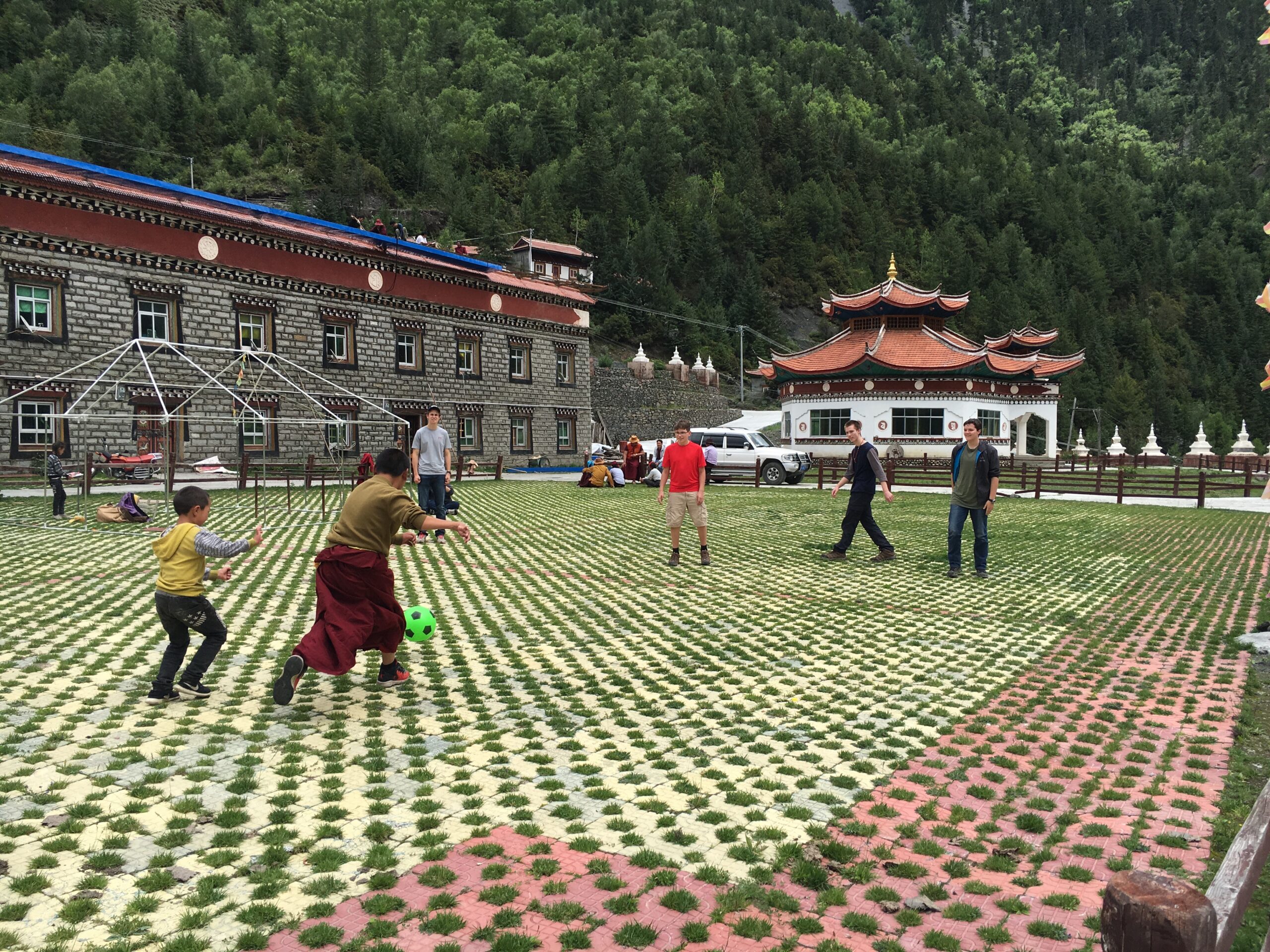 Tibet led me to contemplate what constitutes real necessities in human existence. This contemplation was the foundation of the personal growth that I experienced on this extraordinary journey. 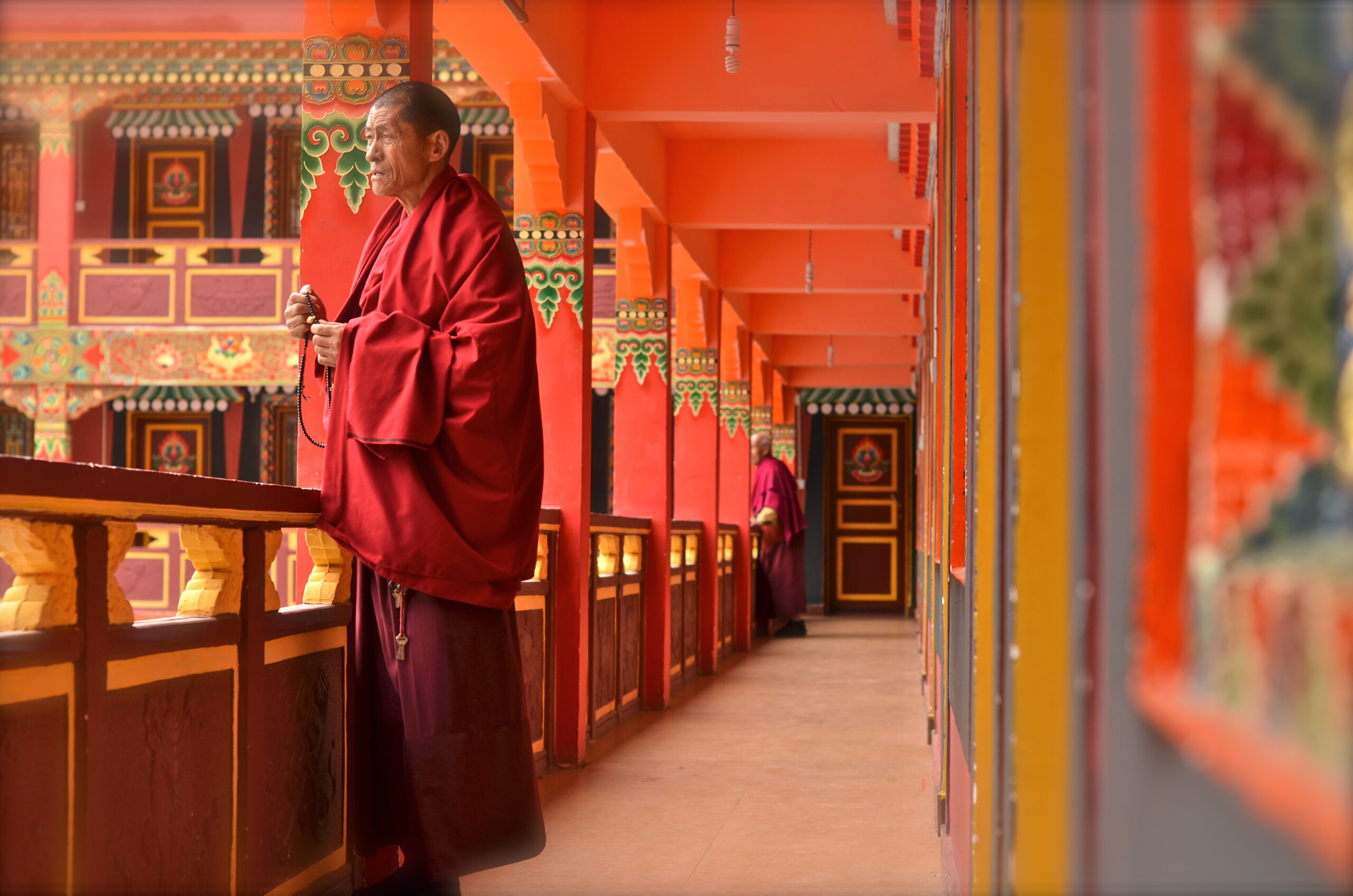 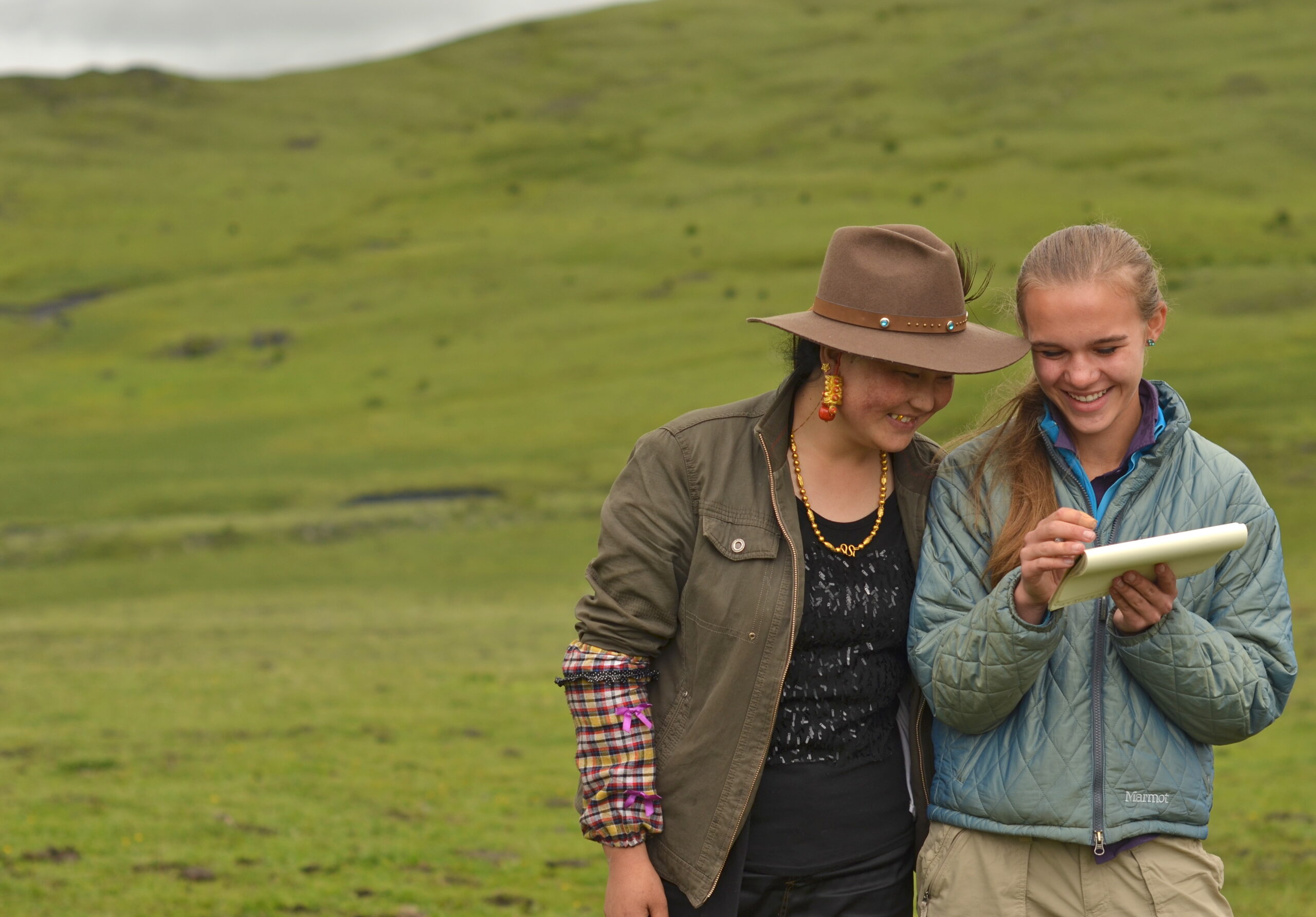 Arrive in Chengdu, settle into guesthouse

Travel to Dora and rest at Tenpa’s place, stop by UNESCO heritage to learn about historic preservation of architecture

Meet with local Tibetan doctor to learn about Tibetan medicines, hike along mountain to collect herbs

Trek to Nengga Tso and enjoy view of Mt. Gongga

Prior to departure, students are guided by their course instructors through a series of interactive, online lessons. Organized by SStS’s Five Lenses Curriculum, these activities (30 minutes per week) allow students to directly engage with other members of the group.

The majority of the days at each site are spent engaged in meaningful service work with our NGO (non-governmental organization) partner. Days not dedicated to project work are spent immersed in intriguing cultural activities.

During the next school year, students educate others by advocating for our NGO partner through public presentations to the community at large and/or younger, school-based audiences.

During the travel phase of each SStS course, students spend time reflecting about the learning that occurs through their immersion and service experiences. These posts capture the impact of our programs on individual students. Explore the posts below to learn about the SStS Tibet program from the important viewpoint of our students.

On the second day of the horse festival I began to play with the kids from the orphanage. I would run up and down the side of the hill, chasing the children to try to tickle them. After only ten minutes it seemed like we had known each other for quite some time. They would run after me too, and not...

What It Means to Connect

Throughout this one day, I feel like the group has accomplished its entire mission here as Students Shoulder-to-Shoulder. We have all creating lasting bonds with the people here, halfway across the world, despite the language barrier, and despite our very different backgrounds. I think I've really l...

Around three o'clock this afternoon, we got back to Kangding and had finished more than 80% of our Tibet course. Up until the moment that we left our guide's family's home, I hadn't really realized that it's almost time to start heading home. But when we came back to the hotel where we stayed in Kan...

Tibet. We have only been here for about six days and I feel as though I never left home. The streets of Tagong and the homes that we are staying in are so inviting and comfortable. I can hardly articulate how stunning and tranquil it is here. Everything oozes with beauty; the people especially. Ever...

Students who attend a school that is a member of SStS’s Global Schools Coalition receive a tuition discount. To see the list of schools in the coalition, click HERE.

SStS is in search of curious, compassionate, globally-minded students. Thus, we will do all that we can financially to support students whose circumstances preclude paying the full cost. If you would like to be considered for financial assistance, please indicate so on the application. Financial assistance resources are limited. Scholarships tend to be less than 50% of tuition.

Please note, tuition does not include airfare and immunizations.
Tuition costs are all inclusive with the exception of personal expenditures (e.g. souvenirs).
Tickets and medical & security evacuation services are purchased as a group. The cost of these services is included in the tuition.
Talbot Travel Agency provides travel services for SStS, working personally with us to find the least expensive fares.
As a result, it is not possible to use airline miles or credit card benefits for the international flights. However, these can be used to purchase tickets to the gateway city.

Travel Expectations
Please note that we expect all participants to travel together, adhering to the identical itinerary. We will depart the United States as a group from a gateway city. Exemptions may be made for international students. Additionally, travel in the developing world inevitably includes “the unexpected” (e.g. weather disruptions, transportation strikes, etc.). SStS will adjust the itinerary accordingly, making the best of uncontrollable situations. Due to the unknown variables in international travel, participants are asked not to make travel plans or to enroll in programs that start immediately after their return. SStS is not responsible for expenses incurred due to missed flights if the group is delayed in their return.